How Playing the Piano Affects the Brain

Striking One Key on a Tuned Piano Creates the Ring of a Perfect Note; It’s Not That Easy on a Guitar or Trumpet

One reason the piano dominates as the instrument kids learn first is the ease at which a pleasant note can be played.

Asking a beginner to strum a guitar 3 times will most likely produce 3 completely different sounds.

A beginner who firmly presses a piano key 3 times will produce relatively the same effect each time.

Many Kids Take Piano Lessons Growing Up, but Very Few Continue Into Their Late Teens and Onward

The piano is not necessarily easier to learn than the other string, wind, or procession instruments.

It can be argued that the piano is actually the most difficult instrument to learn and master for reasons this article will explore further along.

Learning any instrument takes a specific amount, and particular type, of brainpower

Guitarists, like pianists, have to memorize and execute cords, but a major difference between the two musicians is the guitarist does not rely on both hands equally; the left hand does most of the work when playing chords on a guitar.

Drummers use both hands equally, but without the complexity of chords.

An additional difference between the drummer and the pianist is the extensive hand mechanics involved in playing the piano. Each digit has to execute precise tasks to correctly play the piano.

The Piano Could Be the Most Difficult Instrument to Master

It requires both hands navigating 88 keys, while the hands share an equal workload. Most humans are preconditioned to favor one hand or the other; learning the piano requires the musician to ignore any deficiency in either hand.

Additionally, every digit is utilized to play the piano at the mastery level. It has been scientifically proven that pianists must develop or possess a unique brain capacity to master the piano.

The Brain’s Central Sulcus Determines Which Hand Is Dominant

In most people, the central sulcus is deeper on one side, which corresponds with the dominant hand.

Scientists have scanned the brains of pianists and found a unique trait. Many pianists have a more symmetrical central sulcus.

They develop into ambidextrous beings.

After years of playing the piano, their brains learned to ignore one hand has more dominant than the other.

This research suggests playing the piano can equalize an individual’s subordinate side of the brain just like curling heavier weights can equalize one bicep to the other.

Many Pianists Have Balanced Their Brain’s Central Sulcus

By doing so their brains have turned into more efficient machines and for more than just playing the piano.

Studies have shown, jazz pianists have an efficient connection to several parts of the frontal lobe when they play.

The frontal lobe is a very important part of the brain. It integrates information into decisions we make.

The frontal lobe is involved in problem-solving, learning/speaking languages, social behaviors and more. Playing the piano exercises the brain to make it more efficient at processing information.

It Is Kind of Like Pianists Operate With a High-Speed, Fiber Optic, Internet Connection, While Everyone Else Is Using Dial-up

An even more appropriate example would be to say pianists’ brains operate like a more concise computer code; non-pianist will get the same result, but their result comes slower since their computer code uses more computing power and takes longer to run.

Other studies show that experienced pianists and piano teachers turn off part of their brain, and not in a bad way.

The particular part of the brain that switches off is responsible for providing stereotypical responses.

When experienced pianists play they are playing as true innovators that are not drawn to doing things as they have been done before.

Studies show, during a solo, pianists have less blood flow than average to areas of the brain that are associated with bodily mechanics or motor skills; in other words, they need less energy (less blood) to concentrate.

Many people have achieved this effect from repetitive tasks; the unique part for the pianists is the change in function of their frontal lobe.

They can conserve energy on motor skills and apply that energy to their unique, non-stereotypical, form of communicating.

To Break This Idea Down Further, Think of All Musicians as Communicators

The combination of sound they output evokes reactions from others, whether words are involved or not (this is a form of communication).

Think about a guitarist, or any musician other than a pianist, starting to freestyle with their instrument.

Their brain is not likely to have the freedom to combine new sounds they have not combined before.

Scientific studies suggest that pianists may be able to freestyle on a more pure level.

Their brain is not restricted to previously learned combinations of notes.

Becoming a talented musician is one shallow benefit of a much deeper, and more beneficial, possible outcome.

People of a certain age generally do not consider learning a new instrument, but maybe they should.

The Result Could Be a Better Quality of Life for People Generally, and Especially Those at Risk of Dementia or Alzheimer’s Disease

It has been said that humans should take care of their bodies because it is the most important tool we will ever use.

Taking that thought a step further, the brain is the engine that effectively runs the body.

Consider taking care of your mind and body by learning to play the piano. It just might improve your quality of life.

What Next? Select Below to Learn More About Lessons and Discover if This Is the Studio for You 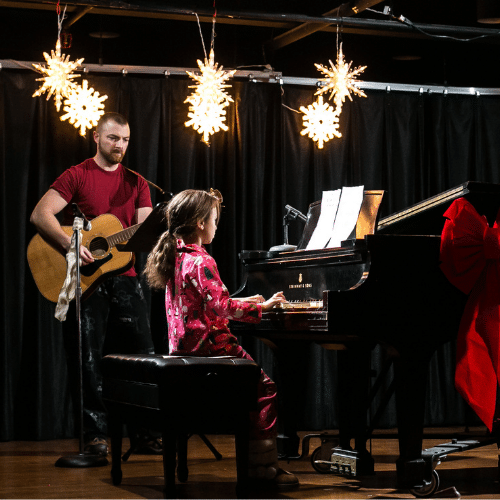 Build their self-esteem. Playing the piano is meant to be fun and engaging, not stale and boring. 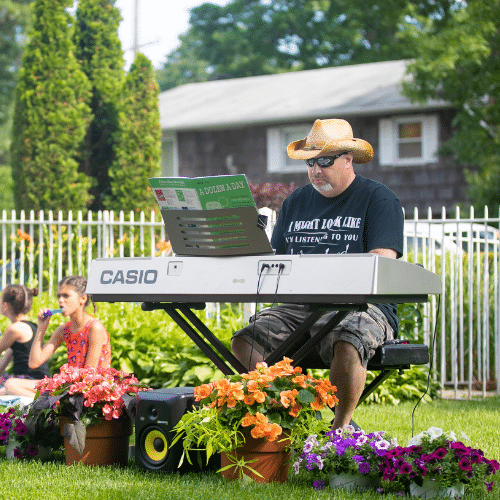 It’s never too late to start playing the piano. You’ll be surprised at how quickly you can play music.